It's a zoo out there!

Literally. When you are at the zoo, it is a zoo!! The boys had the day off today for various reasons, so I figured a 4-day weekend would be nice and we headed to the National Zoo to see what we could see. 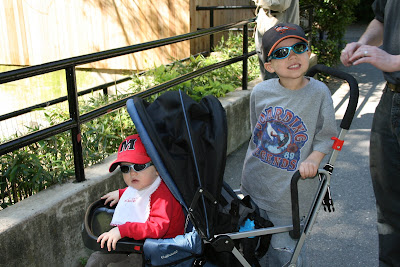 At first, it was a little disappointing. There were busloads of school kids running everywhere, and hardly any animals to be seen. Then we hit the jackpot in the elephant house, where we got to visit with some baby hippos and watch a baby elephant get some snacks and a shower. 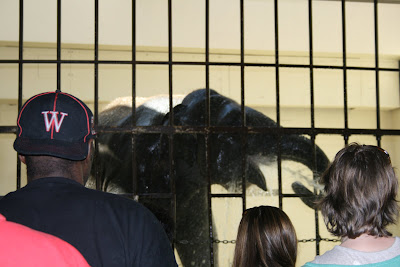 After the boys had finally had enough of the elephants, we went to visit the monkeys. On our way, we noticed crowds of people had stopped and were all staring up into the sky. After a minute, we too saw... 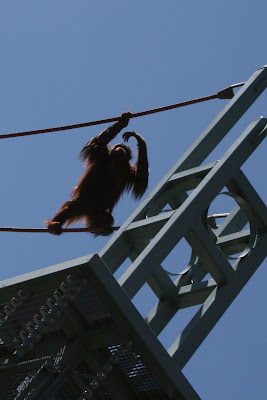 Apparently the orangutans have what looks like a tightrope where they can roam around their living areas above the zoo. Pretty awesome, except for the zookeepers yelling at people to watch out for flying pee and poo. I guess when you're living in a zoo, you get your kicks anyway you can ;-)

After naps, we went to the elementary school to run around and both kids look like they're ready for another nap. I've never seen Eric sit still for so long during a movie before :-)
Posted by Jessica at 5:13 PM